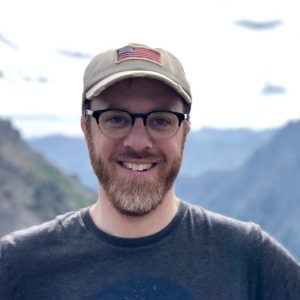 Greg Gershman is the Co-Founder and CEO of Ad Hoc LLC. Since founding Ad Hoc in 2014, Greg has led the team in growing from a small team of developers to an organization of 175 people working across the United States in support of critical government digital services. In his role as CEO, Greg has grown Ad Hoc into a trusted partner supporting major digital services eﬀorts at the US Department of Veterans Aﬀairs and the Centers for Medicare and Medicaid Services.

Ad Hoc’s mission is to support government agencies in delivering digital services to their constituents. As government embraces its role as service provider, Ad Hoc looks to support these eﬀorts by bringing the best

technologists from across the country together to collaborate and build these services, and craft solutions that deliver working software, informed by the needs of the people who use them.

Before founding Ad Hoc, Greg became interested in modernizing government technology while working on a program as a developer from 2010 to 2012. Later that year he became a member of the ﬁrst class of Presidential Innovation Fellows (PIF), which brings the principles, values, and practices of the innovation economy into government. As a PIF, Greg led the MyUSA program by conceptualizing and building a platform for government digital services.

In October 2013, after the launch of HealthCare.gov, Greg—along with Ad Hoc’s Chief Technology Oﬃcer, Paul Smith—was part of a small team of technologists sent by the White House to help CMS and their contractors stabilize the site so that millions of Americans could enroll in health insurance.

Greg and his wife Penny, and their children Ezra, Gila, and Eden, live in Silver Spring, MD.