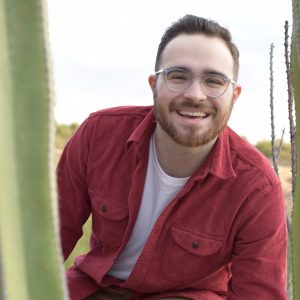 Matt Ribel has never known life without the Chesapeake. As a toddler, he split shells at family crab-feasts and fished for crustaceans off the pier. He trudged through fragile marshlands as a grade-schooler, silt slipping through fingers and menhaden gliding through legs. As a teenager, he was lulled to sleep by tides bludgeoning the now-eroded Fox Island.

A seasoned communications strategist, Matt first crafted viral messages while working alongside the world’s top viral scientists. At the Centers for Disease Control, he co-wrote the messaging playbook that pushed $1.1 billion Zika virus relief through a divided Congress and across President Obama’s desk. In 2018, he joined the communications team at Stacey Abrams for Governor, drafting speeches and editorials for high-profile surrogates. He later spent time with the United States Senate Committee on Health, Education, Labor, and Pensions, writing for Senator Patty Murray as she led the national conversation on health care reform, universal childcare, and reproductive justice.