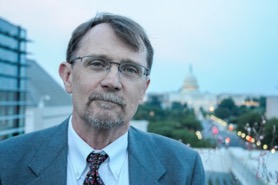 Phil grew up on the edge of town in Grand Rapids, Michigan, where the woods, fields, and lakes were a short walk or bicycle ride away. Phil’s father, a veteran of the Civilian Conservation Corps in the 1930s, inspired his son’s love of the outdoors on vacation trips to the woods and Great Lakes of northern Michigan.

Phil earned a BS with high honors in zoology in 1973, and began his career in the outdoors and conservation; he continues in his 5th decade of that work. He spent 30 of those years with the National Park Service in the protection and preservation of the parks.

Phil manages the National Park Trust lands program, collaborating with the NPS, partner land trusts, and the Park Trust’s pro bono attorneys to acquire critical parcels of land adjacent to or inside parks and ensure their transfer to the National Park Service.